Who's Paying Attention? The Crisis in Darfur 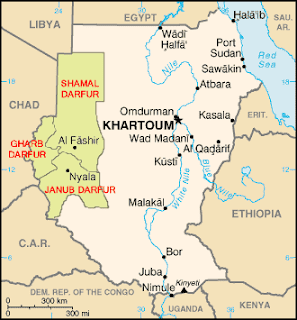 In a day and age when the broadcast and cable media are reporting on the misdeeds and slip ups of celebrities, some might begin to wonder exactly what is and isn’t newsworthy. What these channels hope to gain in ratings with this “entertainment news,” where hours upon hours are focused on famous people, they lose in newsworthy stories from around the world; stories that it seems the American public does not want to be informed about. In particular, one major story going on in a small place called Darfur in Africa.

Sure, everyone has heard people mumble a few words here and there about this crisis, yet where is the media coverage? Where is the around the clock coverage for something vastly more important than a rich girl’s drunk driving record or a pseudo-celebrity dying from a drug overdose? It is non-existent. Thousands of people are dying, yet the media can’t find anything better to talk about than celebrities and their wild hijinks.

First off, it’s a safe assumption to say that most people have almost no clue where Darfur is beyond the fact that it’s in Africa somewhere. As the picture above illustrates, Darfur is the western region in Sudan which is located in north-eastern Africa below Egypt and next to Ethiopia. This is an area that’s been in constant, bloody turmoil for decades with civil wars and other kinds of in-fighting.

Next, a little background on what is being called a “humanitarian crisis” in Darfur is needed. It is another safe assumption to say that people are vaguely informed on the conflict in Darfur, if at all. It is being called a “humanitarian crisis” because over 200,000 people have died and over two million are displaced refugees sitting along the border of Chad. Yet, the numbers of an actual death count cannot be confirmed due to the entire country being on lockdown. With that situation, no one from the United Nations or neighboring countries can get in to help and get a real look at the situation.

In 2003, the government of Sudan sent out what they called “self-defense militias” to Darfur in response to a rebel group attacking Sudanese government targets. The rebel groups claimed that the government was ignoring and oppressing non-Arab civilians and did not care about the civilians dying from disease and starvation.

A group in Sudan called the Janjaweed also started attacking and raping Darfur civilians soon after the government sent in the militias. The Sudan government has thus far admitted no link to the Janjaweed and the genocide they are committing.

The Janjaweed are a militant group in Sudan that are said to be anti-black African and refugees state that they are performing an ethnic cleansing in Darfur. This includes not just armed civilians, but unarmed women, children, sickly, and old.

While the U.N. has stated that through their investigations that the motives for genocide are not present but that war crimes are being committed. However, reports from refugees say that the Janjaweed come in and slaughter civilians after attacks from the government. 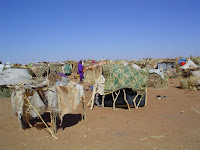 There have been attempts to create ceasefires, disarmaments and integration of the various rebel groups in Sudan but each one did not receive 100% support from all the groups involved in the peace deals. U.N. peacekeeper forces have also been suggested and tried to be implemented but to no avail.

Among all the dead bodies and displaced people, the refugee camps are still not a safe place for them. There have been several reports that women walking out of the camps are beaten and raped by militants and even the forces assigned to protect these camps are not safe. 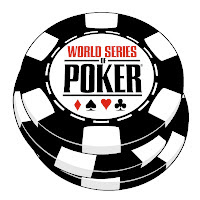 Throughout all of these horrible events people from around the world have tried to raise awareness and funds for the people of Darfur. As evidenced previously, their efforts have been only marginally successful.

The humanitarian aid that is being raised around the world can only be speculated as to who or where it is truly going to. The main thing that seems to be happening with a lot of the charity events is to raise awareness and hope that the money is going to the places it needs to go.

However, at this year’s World Series of Poker there will be a major event targeted towards raising awareness and funds for Darfur, called “Ante Up For Africa.” With a $5,000 buy-in no-limit hold‘em and a star-studded line-up of poker pros and celebrities, they hope to reach an audience thus far untapped and very likely unaware of the crisis in Darfur. Not only will this event bring attention, but potentially even more than just the money raised during the tournament.

The Ante Up For Africa event will be a step up from a lot of the fundraising and awareness drives that have been hosted by the many charities and organizations aimed at Darfur -- especially considering the amount of media coverage the event will attract. It is hoped that some of the cameras that focus their lenses on the stars, will reflect that attention to the real crisis at hand.

In the end, one can only hope that the money raised and the awareness generated will be driven directly toward the people who need it in Darfur and not the government officials and black market. Hopefully, this will be the beginning of a new, effective endeavor to stop the killing. It is time for poker and poker players to step up and do their part.
Darfur poker WSOP

Popular posts from this blog

May 02, 2007
The Faculty Senate is deliberating the motion for a vote of confidence regarding Concord University’s Vice Presidents.

After the motion was presented in the Faculty Senate floor, some faculty members started trying to rally more support for this action by approaching SGA President, Sean Noland.

The unnamed faculty members Noland told about asked for the Student Senate to vote in support of the Faculty Senate’s motion for a vote of confidence.

As Dr. Charles Brichford explained, what happens with a vote of confidence is if the deliberating body votes a majority of “yes” to the motion, it shows confidence in the entity that they want to show support or no support. And if the majority vote is “no” it shows no confidence and that it is urged that the entity in question be replaced. These kinds of motions are usually aimed at replacing chiefs, presidents or anyone in the position of highest authority.

September 16, 2012
OUYA is probably something a lot of people have yet to hear about since it's still fairly new and isn't even on the market yet. I don't remember how I heard about it but it was probably somewhere on reddit. The ideas behind the console really give me hope for the home game console market and I really, genuinely, hope it does well on the market instead of becoming a niche product.

OUYA (yes, it's cruisin') is a small Android-powered gaming console designed/aimed to open up the home gaming console market. I very much like the idea behind OUYA to the point that I dropped $100 into its Kickstarter a while back despite being unemployed and having to juggle some money around. The good thing is I'll be getting an OUYA console before it's officially available in retail. They're really pushing the "open console" movement and have some big names onboard with them (Square-Enix being a huge one).

This is a pretty vague statement, to me and probably to others. Information Technology (IT) is a very broad field and people that work in it often contain varied skillsets or sometimes very specialized skillsets. The skillset often depends on how they got into IT, who they've worked for, what they've had to do over the years, and where they'd like to go in their career. I'm not going to seek to define that here, just show how I got caught up in the mysterious world of IT

Let's use me as an example. I'm not an IT badass and I've never really focused on IT until recent years when it really became something I could make a living off of and enjoy sometimes. I was just a hobbyist and the computer guy for friends and family until then.